It’s been about four and half years since I first heard about Casey Neistat. Since then I’ve seen all of his movies. But first, in case you don’t know who that guy actually is. For me, he is a filmmaker and a social media guru (he’s also a father of two kids, a husband, a CEO of Beme and a YouTube vlogger). But none of those are his “official” jobs. He just simply does what he loves. In case you already know Casey, you can skip the next 2 paragraphs.

His life wasn’t really a fairytale story in the beginning. He dropped out of High school when he was just 15. His girlfriend got pregnant and from age 17 to 20 he lived in a trailer park with her and their son. At the time he was working as a dishwasher in a seafood restaurant. When their boy got a little bit older, they drove to Brooklyn to visit Casey’s older brother. This trip was his first inspiration for filmmaking and that was the moment when he started recording everything. (Have a little bit of time? Find out about Casey in this video.)

Casey first came into the spotlight (spotted by big fish like the Rolling Stone, The Washington Post, and the BBC) with a short movie called ”iPod’s Dirty Secret” about the battery in the iPod that can’t be changed. That year Apple announced a battery replacement program. Of course they denied any connection between the film and their new policy. And from this point on his career started rocketing (next famous movies were for brands like Nike, Mercedes, 20 century fox and many others). Yeah, long story short. A admire that man. Not because of how he fought his life obstacles but for a lesson that came out of this.

Have you alredy checked Casey’s youtube channel? Yeah. Almost two and half million subscribers. And do you now how many subscribers he had before he started his daily vlog on 27.3.2015? Something around 500 000. That is a tremendous “growth” if you consider the fact that his first 500 000 susbscribers before the vlog came in 5 year period. Maybe you’ll say it’s about the quality content. I’m not sure about that beacause Casey had hight quality content before vlog. IMHO it is about consistency and a great content. Great content makes peaks but consistency is what pulls in stable and returning subscribers. Lesson for me (beside my project majoroats.com that is alive since Jun 2014) ? If you do something that you love, do it often, even if you are sometimes bored or exhausted. Consistency makes the job easier and builds a momentum.

Generally, I am postive person. I cloud complain about small things like late public transport, shity weather and blame someone for something, but if I give that a second thought, I live a blessed life. Yes I have problems. Small ones and big ones, but reality is that I have a better life than majority of people in the world. And if you’re reading this, you probably do, too. Keep it in your mind and face the problems, make a clear assesment of the situation, and get something done.

What is worse than feeling depressed, going through a breakup or any other form of though time? Just sitting and doing nothing about it. Your mind is constantly circling around the problem and tends to create crazy hypothesis about why it happened. Don’t let it happen. You must replace those thoughts with something else and the most beautiful tool for that is work.

Have nothing to work on? Keep a backlog of things you want or have to do. When you get this feeling, pick one from your list and do it. Get your mind something else to think of.

DON’T TRY TO FIT IN

Yeah, that is a big lesson for me. I mean, it’s just exhausting to pretend to be something you are not. And if you’re exhausted you can’t be happy, right? I’ve spent my high school years trying to fit in. I have always wanted to get an approval from anyone and everyone: my family, friends, teachers and bosses. So without even realizing it, I changed myself in some way. Sometimes I even changed my opinions to fit into whatever was required at the time. But the truth is that I didn’t recognize my value at the time. I started realizing that we must be true to ourselves and give exactly ZERO fucks about what someone else thinks about us. Casey confirms this feeling in me.

FREE TIME IS THE ENEMY OF PROGRESS

For this topic, just watch the good video from casey (start at 0:33)

You know them. He’s not gonna pull one over on me, I am smarter than the world. Let’s put it in the comments. A hater is a loser who simply cannot be happy for another person’s success. They think that if they bring someone down, they elevate themselves up. But it doesn’t work that way. They are going down with them. And what crap is driving them? Just jealousy and envy. Do you see someone hating you in your “neighborhood”? Congratulations. You have a good fucking life!

“Nothing drives people crazier than seeing someone have a good fucking life.” ~ Chuck Palahniuk 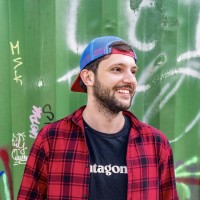